If you have an existing XML feed from another provider (or Sharpstream's legacy service, Platform) that you wish to import into your Timbre library, you can do this from within the Timbre feeds page.

A dialogue box will appear, prompting you to input the feed URL. This must be a basic XML/RSS feed address. 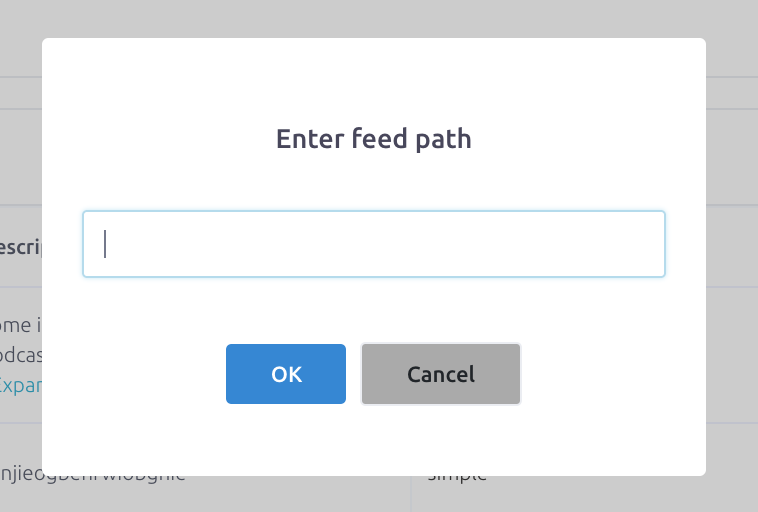 If your feed link is correct, you will see a message indicating the feed's contents (Title, Artwork number of items contained within the feed): 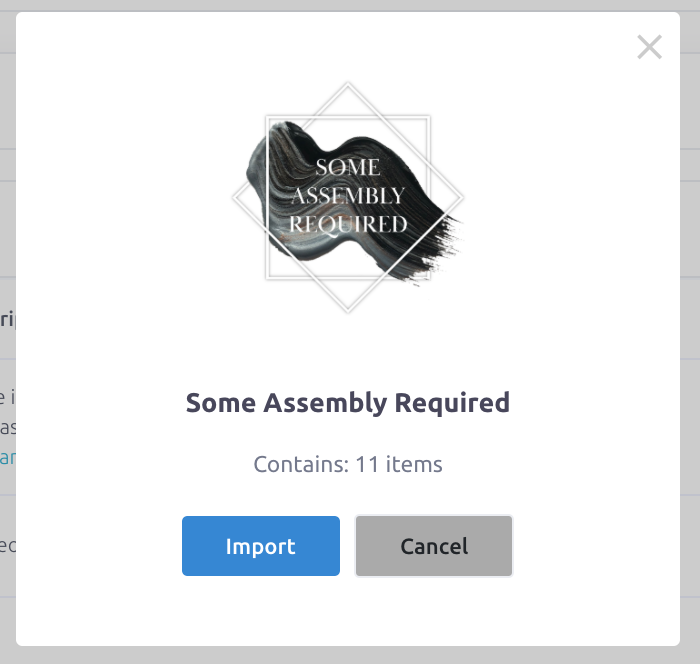 Click "Import" to import the feed structure. This will create a new feed in Timbre with the same channel information and structure as the feed you're importing, you will see the following notification indication the import has been a success. Note: This action does not import the feed's items. To do that you must follow the next step.

To Import the Items from your feed, click the  actions dropdown for the feed in question and click "Import Files"

The imported Feed's Items will now appear in the Feed's items list in Timbre. The "created at" and "Publish" date of the imported items will be determined by the <PubDate> field from the imported feed (Unpublish dates are left undefined). The order of the items will be set to "Sort by Newest" by default. This can be altered in the Feed edit page (see Feeds).

Did you find it helpful? Yes No

Send feedback
Sorry we couldn't be helpful. Help us improve this article with your feedback.